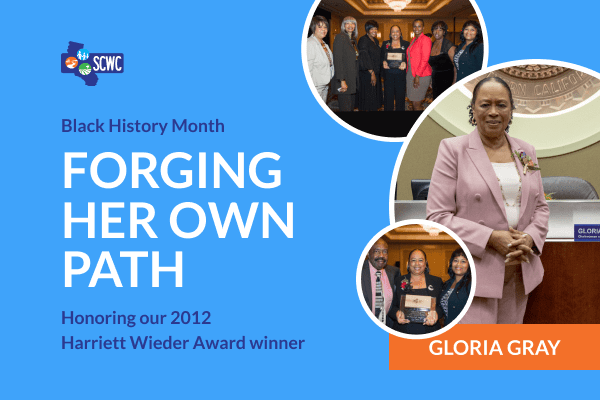 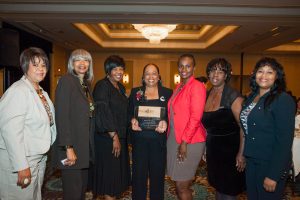 This inspiring statement from Vice President Kamala Harris has come to shape the beginning of 2021. This Black History Month, it is especially potent, and resonates closely to the outlook of a Southern California water professional and trailblazer, Gloria Gray. Gray is the current Board Chairwoman of the Metropolitan Water District, and is the first African American woman to hold the position.

“As someone who has also been a ‘first’ in many roles in my life and career, I hope my examples of work and service inspire other women to also pursue their passions,” says Gray.

The Chairwoman has often shared that her path to leadership is rather different from many others in the water industry. She began as a stenographer in Los Angeles County. During the time she steadily elevated her career to become a healthcare administrator, Gray was earning her college degree while raising a family. After eight years on the Inglewood School District board and for various other nonprofits, Gray was encouraged to run for a seat on the West Basin Municipal Water District Board. She was voted into the position, becoming the first African American woman elected to the Board in its 66 years.

“For decades, water has been a uniting force to sustain Southern California’s growth and prosperity, but not without its challenges,” says Gray. “As water leaders, we must bring our unique perspectives and diversity of thought to address these issues, and work together to advance innovative ideas and bold leadership that will serve all of our people now and in the future.”

Chairwoman Gray moved on to become one of West Basin’s representatives on the Metropolitan Board in 2009, and is currently serving her second term as Chairwoman at Metropolitan. She is the first African American and the second woman to hold this position in the district’s 92 years. In addition to her board service, she was appointed to the Delta Stewardship Council in 2010, a committee organized to support modernization efforts for the Delta Conveyance — the core of our state’s water delivery.

Her distinguished service in the water industry earned her the highest honor in the SCWC: the Harriett Wieder Award. 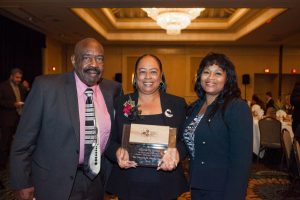 At the SCWC Annual Event in October 2012, Gloria Gray poses for a photo with her significant other Leonard Tibbs and daughter Monica Ector after receiving the Harriett M. Wieder Award for leadership in California water.

“Gloria Gray is taking on the state’s most complicated water policy issues. Her unparalleled expertise and thoughtful approach are crucial. We’re pleased to honor her as a true water leader,” said Executive Director Charley Wilson at the time of the award. The statement remains true as true today as it was then.

Gray was honored with the Harriett Wieder Award in 2012 by the SCWC. She recalls being deeply honored to receive the award. “Given in the name of Harriett Wieder, it also represents the spirit of a true trailblazer for women in public service,” Gray said. “We all have an obligation to reach across the aisle and enhance diversity, equity and inclusion in our industry. This award speaks to that goal and the power of collaboration.”

Chairwoman Gray has broken many glass ceilings throughout her commitment to public service. In the words of Vice President Harris, she won’t be the last.

Check out our throwback 2012 SCWC Annual Meeting and Dinner photo album and see who else you recognize!