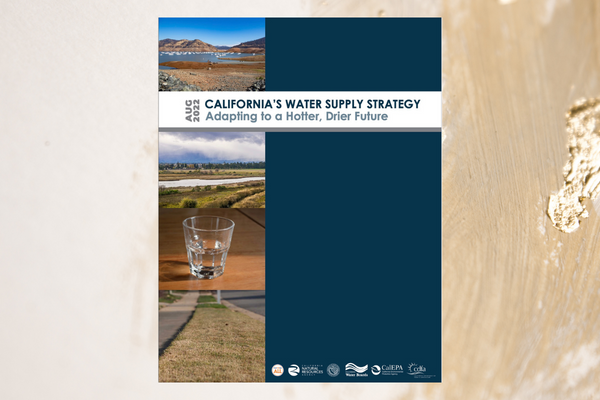 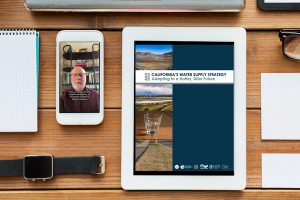 “These are the steps that we at the Southern California Water Coalition have been talking about for years. We’re really encouraged by this all-of-the-above approach and leveraging state and federal dollars to make significant investments in projects like stormwater capture, recycling and more,” Wilson said.

BELOW IS THE CALIFORNIA GOVERNOR’S OFFICE NEWS RELEASE:

Without action, state officials believe extreme weather could diminish California’s water supply by up to 10% by 2040

ANTIOCH – Hotter and drier weather conditions spurred by climate change could reduce California’s water supply by up to 10% by the year 2040. To replace and replenish what we will lose to thirstier soils, vegetation, and the atmosphere, Governor Gavin Newsom on Thursday announced California’s latest actions to increase water supply and adapt to more extreme weather patterns caused by climate change.

Thursday’s announcement follows $8 billion in state investments over the last two years to help store, recycle, de-salt and conserve the water it will need to keep up with the increasing pace of climate change, generating enough water in the future for more than 8.4 million households by 2040.

The actions, outlined in a strategy document published by the Administration called “California’s Water Supply Strategy, Adapting to a Hotter, Drier Future” calls for investing in new sources of water supply, accelerating projects and modernizing how the state manages water through new technology.

This approach to California’s water supply management recognizes the latest science that indicates the American West is experiencing extreme, sustained drought conditions caused by hotter, drier weather. The warming climate means that a greater share of the rain and snowfall California receives will be absorbed by dry soils, consumed by thirsty plants, and evaporated into the air. This leaves less water to meet the state’s needs.

“The best science tells us that we need to act now to adapt to California’s water future. Climate change means drought won’t just stick around for two years at a time like it historically has – extreme weather is the new normal here in the American West and California will adapt to this new reality,” Governor Newsom said at the Antioch Brackish Desalination Project. “California is launching an aggressive plan to rebuild the way we source, store and deliver water so our kids and grandkids can continue to call California home in this hotter, drier climate.”

To help make up for the water supplies California could lose over the next two decades, the strategy prioritizes actions to capture, recycle, de-salt and conserve more water. These actions include:

These actions are identified broadly in the Newsom Administration’s Water Resilience Portfolio – the state’s master plan for water released in 2020 – but they will be expedited given the urgency of climate-driven changes. To advance the infrastructure and policies needed to adapt, the strategy enlists the help of the Legislature to streamline processes so projects can be planned, permitted and built more quickly, while protecting the environment.

Over the last three years, at the urging of the Governor, state leaders have earmarked more than $8 billion to modernize water infrastructure and management. The historic three-year, $5.2 billion investment in California water systems enacted in 2021-22 has enabled emergency drought response, improved water conservation to stretch water supplies, and enabled scores of local drought resilience projects. The 2022-23 budget includes an additional $2.8 billion for drought relief to hard-hit communities, water conservation, environmental protection for fish and wildlife and long-term drought resilience projects.