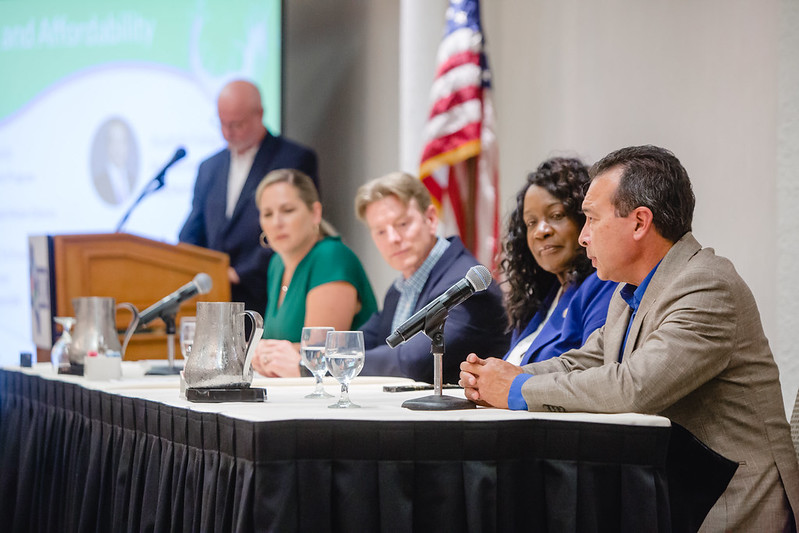 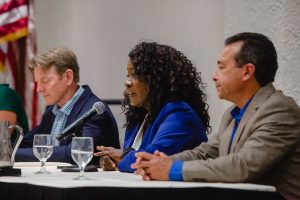 The SCWC’s expert panel discussion on Equity, Access, and Affordability of Water marked the inception of its newest task force, which will seek to explore Southern California’s unique people and cultures to work through challenges that the water industry faces regionally. The formation of the Equity, Access, and Affordability Task Force was characterized by the discussion that took place between the four experts who were invited to share their experiences, perspectives, and ideas on the panel, which mediated by SCWC Executive Director Charley Wilson.

The selected panelists ranged in vocation and provided diverse outlooks to the topics. The first panelist was longtime member of the SCWC Board of Trustees, co-chair of the Colorado River Task Force, and the Assistant General Manager of the Long Beach Water Department Anatole Falagan. The second panelist was mayor of Fontana, CA, Acquanetta Warren. The next panelist was adjunct fellow of the Public Policy Institute of California and Professor of Environmental Economics and Policy at UC Riverside, Kurt Schwabe. The final panelist was Senior Legislative Program Manager of the Eastern Municipal Water District in the Public Policy and Governmental Affairs Department, Danielle Coats.

The topics ranged from the legislative and regulatory issues that play a role in implementing new policies and how equity, access, and affordability fit into the bigger picture of water. Falagan remarked that the issue of water equity, access, and affordability is not static — it is constantly changing. It is a revolving conversation that requires consistent consideration. 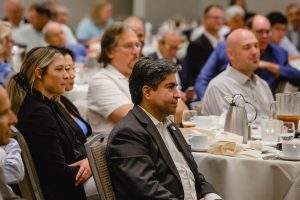 Warren provided a valuable perspective as mayor of a small city that doesn’t own a water company. She explained that when she was first elected to serve Fontana, the city was spending a lot of time litigating over water rates with private water companies. One of the first things she did when she took office was sit down with the water companies and work together on infrastructure. Taking the time to understand how the water flows, what issues are presented, and how to make it fair for their service area made all the difference. “We have to deliver,” she said, “and when we have to pull on our companies that provide, it’s because we’ve got to provide to the public.”

Coats, who recalled joining Eastern Municipal Water District the year before the Human Right to Water Bill passed in the state, considered the state bills surrounding water systems that have been controversial and groundbreaking leading up to this point. She explained that, while moving legislation may not always solve problems, the work builds understanding among policymakers. “What we’ve learned through this process, I think,” said Coats, “is that not all of the solutions are on the table, that there is a lot left in this conversation, that there’s a lot of areas to be innovative.” Moving forward, Coats predicted that solutions aren’t necessarily going to come from state policymakers or legislation, but from people on the ground in local governments and water districts. 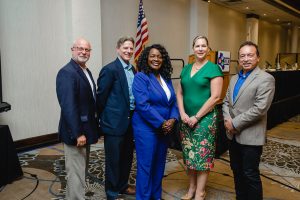 Beyond propositions, proposed legislature, meeting fiscal demands with increased rates, and taking steps to modernize infrastructure, there is one thing we know for sure about the future: there are going to be challenges. July’s panel helped to form the task force that is going to prepare us for anything the future has in store. A big thanks to our incredible panelists who helped get the Equity, Access, and Affordability of Water Task Force off the ground with their expertise and dedication to a future where water is accessible for all. To watch the video of the panel discussion or to learn more about the new task force, please visit https://socalwater.org/equity-access-affordability-water-video/