Californians agree: Time is Now to Invest in Water Infrastructure 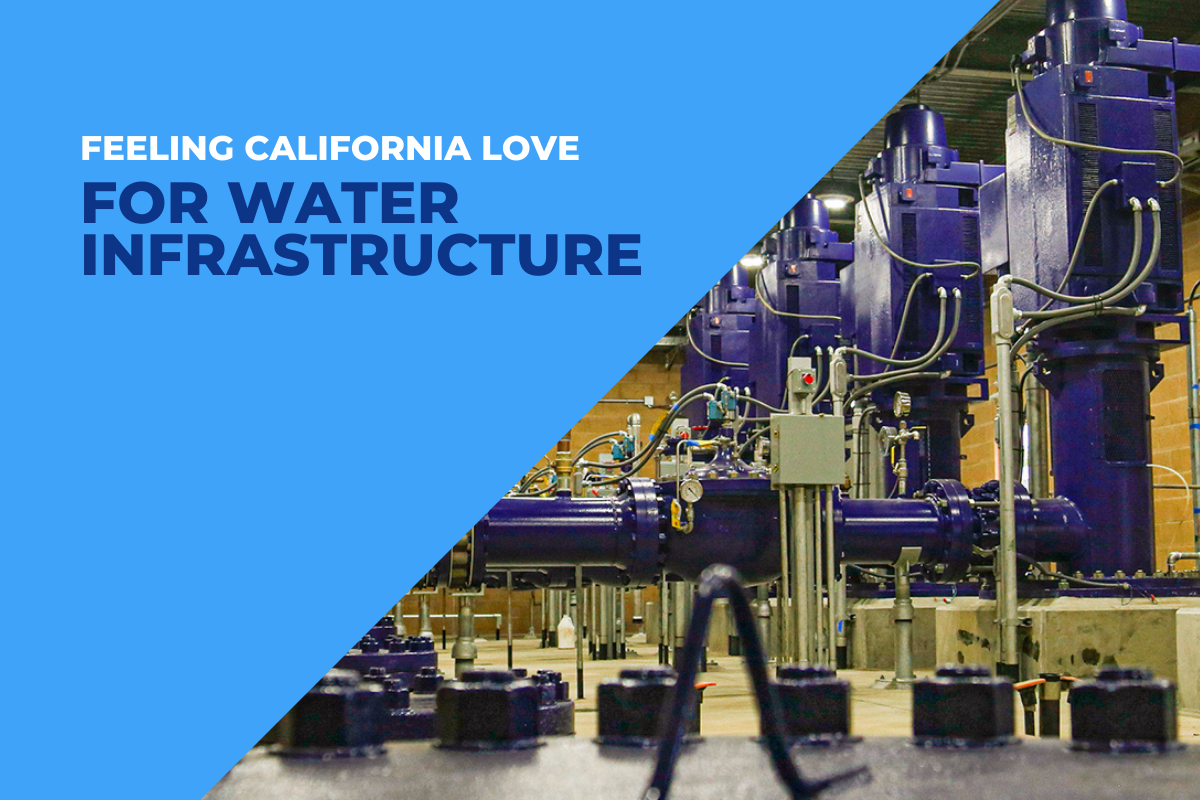 Tupac and Dr. Dre made California Love an anthem for the Golden State, but to many residents on either end of the Northern/Southern divide, it’s a lopsided love at best.

A light rivalry permeates the state from Eureka and the Bay Area to L.A. and San Diego over who has the better weather, sports teams, tacos, and, more seriously in this historically dry year, water management.

You know when Northern and Southern Californians agree vehemently on one thing, it’s time to pay attention. And that one thing is: Now is the time to invest boldly in water infrastructure.

Up and down the state, the voices of business, community leaders, labor, water leaders, and more are united on the need for modernization and improvement of our water systems.

It’s no secret that California is in the middle of a severe drought, its effects made worse by a warming planet. But what people may not fully realize is how outdated our water infrastructure is and how it is in serious need of repair and expansion. And we must make this a high priority for our leaders with the substantial surplus projected within the state budget.

California has presented itself as a global pathfinder in battling climate change. Taking this mantle makes sense. But now we need to truly represent, with real investment in critical drought preparedness and water resiliency infrastructure initiatives.

Within our beautiful state, the warning signals from our changing Earth are beginning to glare like the reddest flag, with droughts, heatwaves, wildfires, and extreme weather at the leading edge of disasters to come.

Our water supplies and the outdated systems conveying them to millions of Californians are now demonstrating the effects after another historically dry year. It’s not going to get better.

The state’s surplus can be used to make bold investments today to improve this situation. We may not come close to ending the danger. Still, these investments could mitigate drought effects, partly protect us against some of climate change’s consequences and show critical climate leadership when more is needed. The money would be well spent.

Tangled supply chains and empty store shelves have reminded everyone that old-fashioned physical infrastructure is still vital in a digital age. And although it is hard to envision a water crisis as water flows freely from so many taps, we must look beyond today’s reality to our state’s long-range needs.

Chief among these needs, and essential to the state’s economic future, are intelligent, well-aimed investments in infrastructure – recycled water projects large and small, water supply development and water use efficiency initiatives, State Water Project subsidence repairs, water treatment against emerging contaminants, storage, stormwater capture, flood control, and more. We have a complete list we are delighted to share.

We know the state has many pressing issues. But the evident shortcomings of the state’s critical water infrastructure should be on every state politician’s mind as climate change’s impacts slide more clearly into focus. Surely we do not wish to be the generation known for lacking the foresight or the political will to fund public needs and spur the economic growth that fuels the California way of life in the decades ahead.

We urge Governor Newsom and the State Legislature to act boldly in the 2022-23 budget by securing investments in California’s water infrastructure today. It’s the surest way to show California Love and a way for us in the Sunshine State to show authentic leadership in climate change policy.

Read the coalition letter signed by: