What you need to know as California Legislature reconvenes 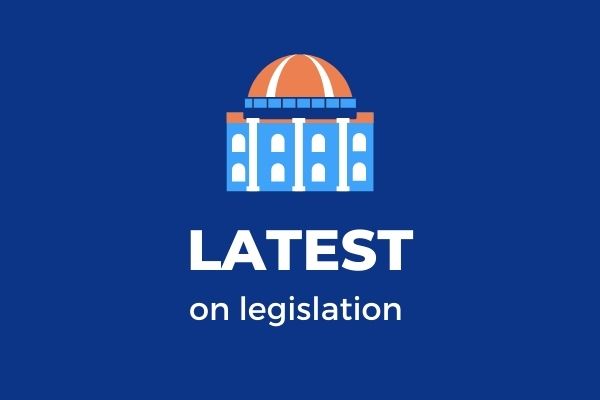 On December 7, the California Senate and Assembly convened to organize for the 2021/22 regular session and to elect key officers in their respective house.

The Senate Democrats retain their super-majority status with 30 members as compared to the nine members in the Senate Republican caucus.  There is one vacancy due to the election of Senator Holly Mitchell to the Los Angeles County Board of Supervisors.  Governor Newsom will soon announce a date for the special election to fill the 30th Senate District seat.

There are sixty Democrats in the Assembly Democratic caucus as compared to 19 Republican members in the minority party.  Chad Mayes from Yucca Valley is the sole member from the Independent Party.

The Senate and Assembly were forced to forego the typical celebrations and festivities associated with the start of a new legislative session, and instead, their business was limited to brief comments from house leaders and adoption of their rules to govern operations going forward.

In her opening remarks, Pro Tem Toni Atkins noted the Senate would continue to focus on COVID 19 prevention and response, economic relief and recovery and the chronic challenges facing California that have worsened due to the pandemic, affordable housing, emergency preparedness and wildfires, systemic racism and broadband access.

In his remarks, Speaker Rendon touched upon the need to address police reform policy, to push harder on climate change and environmental justice and need to address access to broadband services.

The COVID-19 pandemic continues to impact operations of the Senate and Assembly, and it is uncertain how operations will be structured in the coming year to ensure the Capitol environment is “COVID safe.” The State Capitol is barred to outsiders, including policy experts, lobbyists and the public and most committee meetings are held on the Zoom platform.

Legislators wasted no time, however, in introducing new bills, and in many cases, reintroduced bills they attempted to move last year.  The first week some 180 bills were introduced, along with five proposed constitutional amendments.

One of the new introductions worth noting, a reintroduction from last session, is SB 45 by Senators Portantino, Allen, Stern and Hurtado.  Identical to last year’s effort in both bill number and content, the new SB 45 proposes a $5.51 billion general obligation bond measure for the November 2022 ballot to finance wildfire prevention, safe drinking water, drought preparation and flood protection projects.  SB 45 represents the Senate’s starting point for negotiations with the Assembly and Governor’s office on a climate resiliency bond.

Assembly Speaker Rendon recently his list of appointments to policy and fiscal committees for the two-year session.  The Assembly Water, Parks and Wildlife Committee membership was increased by one for a total of fifteen. Assembly Member Eduardo Garcia (D-Coachella Valley) will serve again as Chair along with Assembly Member Megan Dahle (R-Bieber) as Vice Chair.

Pro Tem Atkins followed suit and released her list of committee assignments for the new session.  The nine-member Senate Natural Resources and Water Committee will be chaired again by Senator Henry Stern (D-Canoga Park), and Brian Jones (D-Santee) will return as Vice Chair.

Committee chairs often set the stage and agenda for policy considerations by the full committee and have considerable influence over committee analyses and the outcome of bills coming before the committee.