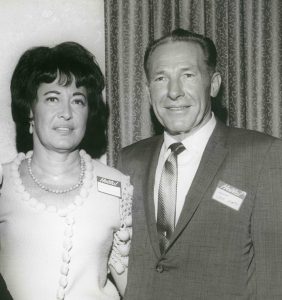 This Women’s History Month, we remember one standout leader who boldly built the foundation for state water resiliency that we stand on today. She is SCWC Founder Harriett Wieder.

A resolute community organizer and politician, Wieder was not known for conforming. The former Huntington Beach mayor and the first female elected to the Orange County Board of Supervisors, Wieder made a big splash in her career when she formed the Southern California Water Coalition. At a time when there was no shortage of lobbyists but the general public lacked knowledge concerning the issues facing Southern California’s water supply, Wieder brought together a diverse group of water professionals, corporations, agencies, and local governments for a noble purpose: to educate.

The SCWC was founded in 1984, two years after California voters rejected a ballot initiative to build what was then called the Peripheral Canal, a proposed construction to bypass the Sacramento-San Joaquin Delta when moving state water supplies from north to south via the State Water Project. The need for the project has only grown in the years since and today SCWC supports the Delta Conveyance project which would modernize the state’s water system. 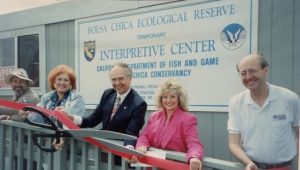 Wieder took action because she felt that Southern Californians were being misled about the water crisis. “It was necessary for someone to set the record straight,” said Wieder in a 1986 Los Angeles Times article concerning the Coalition’s formation. “Our children and our children’s children depend on [water] for the lifestyle they’ll have after we’re gone.” 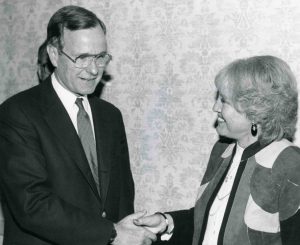 The issue-focused approach of the SCWC proved to have endurance when they held their first water symposium in 1986 in Los Angeles. At that event, more than 200 people came together who would not have otherwise been in the same room with each other. They came ready to have a discourse about the issues facing California’s water supplies. U.S. Senator at the time Pete Wilson (R—Calif.) addressed the crowd. All around, the SCWC’s first symposium was a great success, thanks to Wieder, and established the groundwork for many more to come.

“Harriet Weider’s profound impact on public service gave us the ground to secure water resiliency for our state’s future,” said current SCWC Executive Director Charley Wilson. “Her tenacity got us here, and her memory inspires me to finish what she started.”

In 1995, SCWC created the Harriett Wieder Water Leadership Award to recognize a standout leader who has demonstrated an extraordinary commitment to advancing California’s water supply issues. The award, a block of wood, symbolizes the Wieder’s words that sometimes you have to hit someone with a 2×4 to get people’s attention and drive change. The inaugural award went to Lois B. Krieger, the first woman elected chair of the Metropolitan Water District Board of Directors in 1989. Since its creation, the award has been given to 26 men and women and three organizations, including notable women water leaders such as Gloria Gray, the current Metropolitan Water District Board Chair; Felicia Marcus, the former State Water Resources Control Board Chair; and Karla Nemeth, California Department of Water Resources Director. 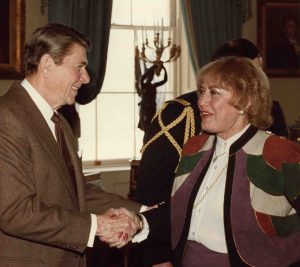 Wieder died in January 2010. Her legacy of audacious public service was the initiating push that has propelled the SCWC’s momentum towards state water resiliency which has been running for nearly 35 years. Without her tenacity and passion for public education and service, much of what we have accomplished would not have been possible. It is a privilege to honor her memory this Women’s History Month.