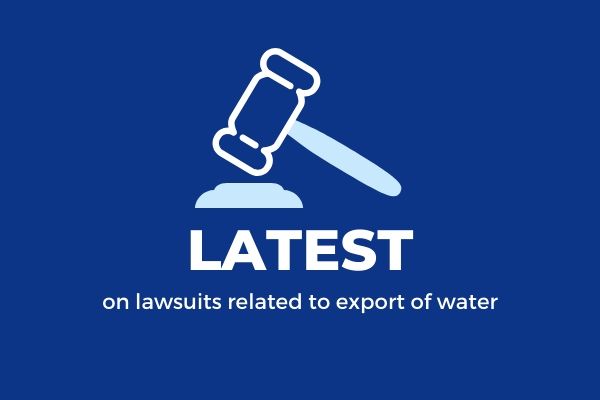 The federal and state governments have a long history of coordinating the operations of the State Water Project and the Central Valley Project. Both projects export water from the same watershed, but today they operate under two different sets of rules because of state and federal disagreements. SCWC supports a science-based approach to determining how water flows and urges both parties to return to the negotiating table to work out voluntary agreements rather than pursuing litigation.

Together, the two water projects provide water to 29 million Californians and 3.3 million acres of farmland.

As the State of California, water contractors in California and the federal government take to the courts to resolve differences in how water is exported from the Central Valley Project and the State Water Project, SCWC has begun collecting relevant documents and updates on this page. Check back for the latest as this page is updated as new information is received.

What’s at the heart of California’s water wars? Delta outflow explained, May 28, 2020, CalMatters commentary piece written by Jeffrey Mount and Greg Gartrell of the Public Policy Institute of California

Framework for Agreements to Aid Health of Sacramento-San Joaquin Delta is a Starting Point with an Uncertain End, April 17, 2020, Western Water in-depth article by Gary Pitzer of the Water Education Foundation

Incidental Take Permit for Long-term Operation of the State Water Project in the Sacramento-San Joaquin Delta, State of California Dept. of Fish and Wildlife, March 31, 2020

Motion for a preliminary injunction in the state’s lawsuit, filed by California Attorney General Xavier Becerra, April 21, 2020 | Ruling, May 12, 2020

Letter from U.S. Senator Dianne Feinstein to Secretary David Bernhardt of the U.S. Department of the Interior, April 15, 2020

Response from Wade Crowfoot and Jared Blumenfeld to Minority Leader Shannon Grove, Senators and Assemblymembers, May 6, 2020

Response from Brenda Burman to Senator Dianne Feinstein, May 6, 2020

State Water Contractors Blog: Temporary May 11 Preliminary Injunction Was Not About Delta Smelt, Longfin Smelt or Delta Outflow…So What Was It About? May 13, 2020

Association of California Water Agencies letter to Governor Newsom about Voluntary Agreements, May 15, 2020