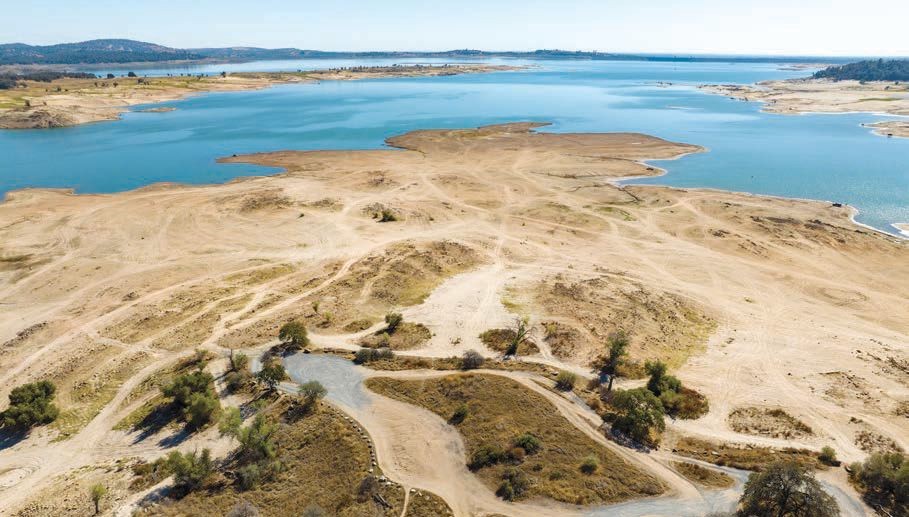 The California Department of Water Resources recently announced that current conditions indicate we’re heading into a fourth year of drought. This should not be surprising news. Lawns are browning as residents have been asked to limit outdoor watering. Restaurants only serve water upon request. Daily news photos show reservoirs at drastically low levels.

“A cycle of wet and dry years is common in California, but now the storms are more severe and less often. We can’t change the weather, but we can prepare for drought years by investing in an ‘all-of-the-above’ strategy to sustain a reliable water supply for all,” said Ray Baca, Executive Director of the Engineering Contractors’ Association (ECA), a diverse group of construction contractors and suppliers focused on new water and wastewater infrastructure projects, as well as emergency repair and replacement of aging water infrastructure throughout the Southern
California region.

Baca sums up the belief of many regional leaders across the business, labor and construction sectors, and in disadvantaged communities. These leaders, like most Californians, recognize the drought as a long-term challenge in need of diverse solutions.

A majority of Californians see water supply as a big problem in their area, according to a survey by the Public Policy Institute of California (PPIC) conducted in July 2022. About two in three adults or 68 percent and more than three in four likely voters (77 percent) say it is a big problem ¬ up from a
year ago (63 percent of adults, 69 percent of likely voters), the survey reported.

“California cannot afford to waste time in repairing our aging water infrastructure. California has the tools to secure our water future, and now is the time to use them,” said Marci Stanage, Director of Water and Environmental Relations for ReBuild SoCal Partnership. “We need a strong voice in our legislature that will move forward with both short- and long-term infrastructure projects. A secure water future is achievable, if it is made a priority.”

The ongoing drought is stressing water supply as reservoirs drop to historically low levels. Above, an aerial view of Loafer Point boat ramp showing Lake Oroville on Aug. 4. On this date, the storage was 1,439,844 reservoir acre-feet, which is 41 percent of the total capacity

The Rebuild SoCal Partnership (RSCP) consists of 2,750 contractors throughout Southern California that represent more than 90,000 union workers. RSCP is dedicated to working with elected officials and educating the public on the continued need for essential infrastructure funding, including airports, bridges, ports, rail, roads, and water projects.

We are in the midst of our driest year to date with 97.5 percent of the state experiencing severe drought conditions and 40 percent in severe drought, according to the U.S. Drought Monitor. The drought is affecting 37.2 million Californians from farmlands to urban centers. California’s DWR estimates that without action, hotter, drier weather could reduce California’s water supply by up to 10 percent by 2040, which is roughly 6 to 9 million acre-feet.

Gov. Gavin Newsom introduced the California Water Supply Strategy in August. The plan prioritizes actions to capture, recycle, de-salt and conserve more water.  “The best science tells us that we need to act now to adapt to California’s water future. Climate change means drought won’t just stick around for two years at a time like it historically has – extreme weather is the new normal here in the American West and California will adapt to this new reality,” Newsom said. Newsom characterized these strategies as “moving away from a scarcity mindset to one more of abundance.”

“How can we take the existing resources and be more resourceful, in terms of advancing policies, and direct our energies to create more water, to capture more water?” he said.

Robert Sausedo, President and CEO of Community Build and a leader of the Groundswell coalition, said the next question should be how to distribute that water more equitably.

“It’s really important to look at water justice for disadvantaged communities, because historically we get left out of the discussion and then we take the brunt of the disaster,” he said, citing Flint, California’s Central Valley, Vernon and Carson as some examples. Groundswell is a coalition comprised of community groups, faith-based organizations and other stakeholders advocating for new policies that enhance water delivery by supporting small water system operators throughout the state, many serving low-income communities as well as people of color.

“This coalition is designed to address that problem from the Delta all the way down to the border and everything in between to make sure that access to clean water is appropriate, and that as they tap other water sources, communities of concern have a voice at the table so they’re not left out in the end,” Sausedo said. “We need policy makers to not pander to groups that call themselves environmental groups when they’re really just set up to slow down development and don’t do anything to accommodate the need for water rights in communities of concern. The endangered lizard and fly have more water rights than I do.”

Community Build offers many social services and helps develop affordable housing to tackle California’s other crisis of homelessness, which Sausedo also ties to water. “In order to build housing, you have to reasonably account for access to water for that building.”

The projects that are of interest and widely supported by business and labor leaders in our region include: The Sacramento-San Joaquin Delta Conveyance modernization project; recycled water projects including Pure Water Southern California and many smaller projects including one by Las Virgenes-Triunfo Joint Powers Authority and a Central Coast Groundwater Basin project by the Water Replenishment District (WRD) of Southern California; and storage reservoirs including Sites Reservoir in the Sacramento Valley.

“BizFed speaks for warehouses, hospitals, food processing plants, educational institutions, restaurants, hotels, builders, refineries, retail, recreational facilities and other community staples, thanks to our diverse and ever-growing membership. These industries all need clean, reliable and affordable water to thrive and serve Southern Californians,” said BizFed Founding CEO Tracy Hernandez. “We must modernize the region’s water distribution system by investing in water infrastructure projects such as the Cadiz Water Project in the Mojave, the Delta Conveyance Project and innovative proposals to harness desalination technology. This is how we ensure the flow of water that our trillion dollar economy demands.”

BizFed, the Business Federation of Los Angeles, is an alliance of 225 business organizations representing 410,000 employers and 5 million employees in the greater L.A. area.

Actions included in the governor’s water strategy include: Creating storage space for up to 4 million acre-feet of water for dry periods; recycling and reusing at least 800,000 acre-feet of water per year by 2030; freeing up 500,000 acre feet of water through more efficient water use and conservation; and making new water available for use by capturing stormwater and desalinating ocean water and salty water in groundwater basins.

“While our water agency leaders are doing a good job of bringing forward much needed water projects, these projects are often delayed by a lack of funding or challenged by environmental or NIMBY opposition,” said ECA’s Baca. “Because of that, there’s a growing need for all of us in Southern California, especially organizations like ECA and our strategic partners in business, labor and construction, to fight for these projects and the funding needed to bring these water supply solutions online.”