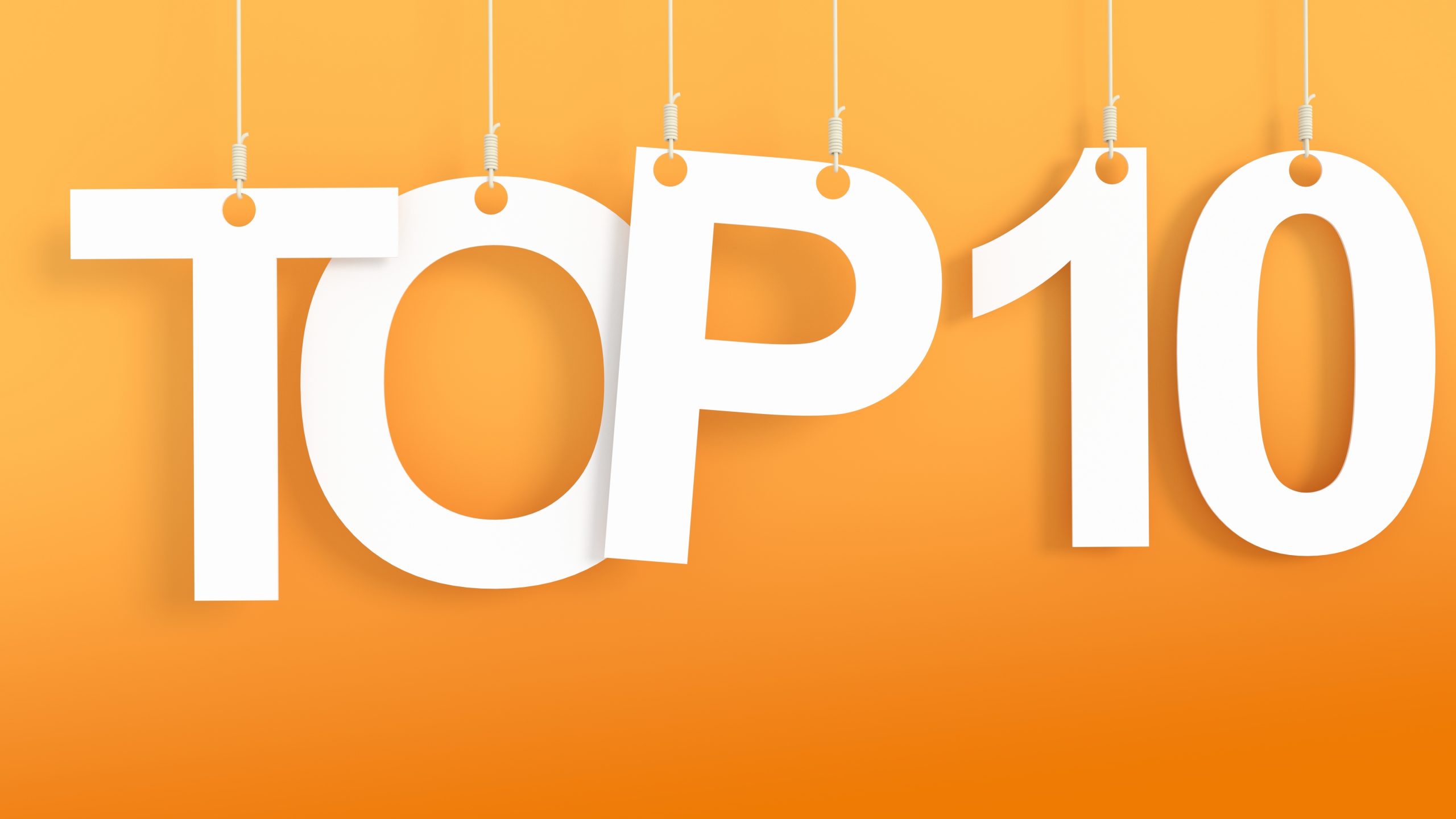 Looking to discover the best of the best water articles out there? With so many great pieces of writing available, it can be hard to know where to start.

To make things easier for you, we’ve rounded up our top 10 most-read California water-related posts from 2022!  So get ready to dive in and explore some compelling pieces of content about our favorite topic.

1. Californians Agree: Time is Now to Invest in Water Infrastructure 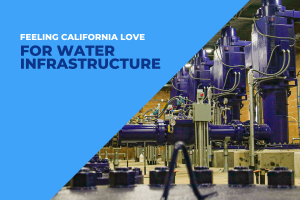 Tupac and Dr. Dre made California Love an anthem for the Golden State, but to many residents on either end of the Northern/Southern divide, it’s a lopsided love at best. A light rivalry permeates the state from Eureka and the Bay Area to L.A. and San Diego over who has the better weather, sports teams, tacos, and, more seriously in this historically dry year, water management. You know when Northern and Southern Californians agree vehemently on one thing, it’s time to pay attention. And that one thing is: Now is the time to invest boldly in water infrastructure. This blog post highlights the Southern California Water Coalition’s partnership with Bay Area Council and Water Blueprint for the San Joaquin Valley.

2. 12 Books About Water That Inspire Us 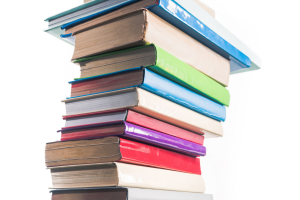 Originally created as a pandemic reading list post in 2020, this article continues to draw thousands of viewers for our eclectic list of water-related books. We asked the Southern California Water Coalition team for their top recommendations of books with interesting or timely takes on California water issues to share with you. Below are the best we’ve come across.

The list has something for everyone from the lyrical and poetic (Joan Didion’s “Where I Am From” and Anne Carson’s “Plainwater”) to the thrilling (Marc Reisner’s “A Dangerous Place” and Paolo Bacigalupi’s “The Water Knife”) to the serious and studied (“Water to the Angels” by Les Standiford). 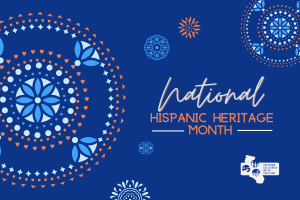 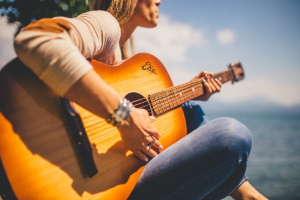 Californians have been known to love their music. From classic rock to modern pop, the Golden State has produced some of the most iconic and listened-to tunes in history. But what about when the music is about something Californians care deeply about? In that case, you get songs that explain California water, our carefully curated list just for you. Let us know if we missed some!

Here are ten examples of tunes that perfectly capture this complex and nuanced issue. View the full playlist on YouTube. 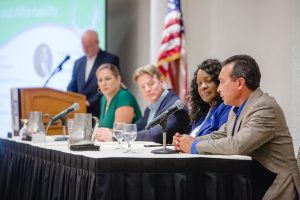 The SCWC’s expert panel discussion on Equity, Access, and Affordability of Water marked the inception of its newest task force, which will seek to explore Southern California’s unique people and cultures to work through challenges that the water industry faces regionally.

The formation of the Equity, Access, and Affordability Task Force was characterized by the discussion that took place between the four experts who were invited to share their experiences, perspectives, and ideas on the panel, which mediated by SCWC Executive Director Charley Wilson.

6. Southern California Voices Need to be Heard on Water Investment 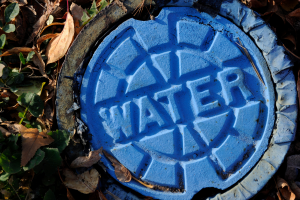 As the state of California continues to experience drought conditions, water infrastructure investment has become a top priority for many organizations. The Southern California Water Coalition is just one of the groups that has called on state leaders to use budget surplus funds to invest in additional water infrastructure. SCWC has joined with eleven other organizations include RebuildSoCal, BizFed, Engineering Contractors Association and many others to call for more funding for projects that will help to increase local and regional water supply development, fix aging infrastructure, improve water quality and investment in new and existing water storage projects. 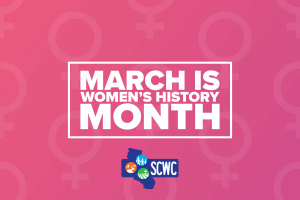 In honor of Women’s History Month, SCWC spotlighted just a few of the regional female leaders whose service to public health and water supply reliability has proved instrumental in achieving strides towards sustainability.

Their reflections on their careers, their support for one another, and their advice for other women pursuing a future in water are nothing short of inspiring. Each woman serves as a member of the Southern California Water Coalition Board of Trustees and several also chair or co-chair its task forces. 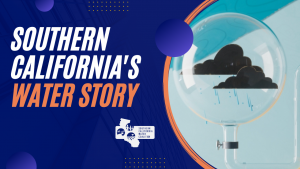 The Southern California Water Coalition has teamed up with the Los Angeles Department of Water and Power to produce a new informative video series that highlights Southern California water systems and underscores the need to protect and expand water resources during the drought. 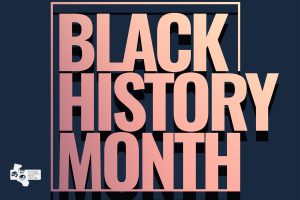 A time of reflection, remembrance, and inspiration, Black History Month encourages us all to visualize and achieve a better, more inclusive, and united world. 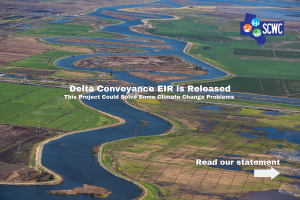 The California Department of Water Resources (DWR) issued its Environmental Impact Report for Delta Conveyance, the project designed to modernize our state’s water infrastructure in the vast network of waterways found in the Sacramento-San Joaquin Delta.

Delta Conveyance is a much-needed update to California’s water infrastructure, ensuring greater reliability and flexibility from the State Water Project system that provides water from the Sierra Nevada mountains to Southern California, Central Valley and the Bay Area.

While versions of this project have been proposed over the years, today’s proposed project is a sharp departure from previous iterations. The Delta Conveyance Project proposed today has been downsized, refined, rerouted, and redesigned to better meet the needs of the communities it serves.